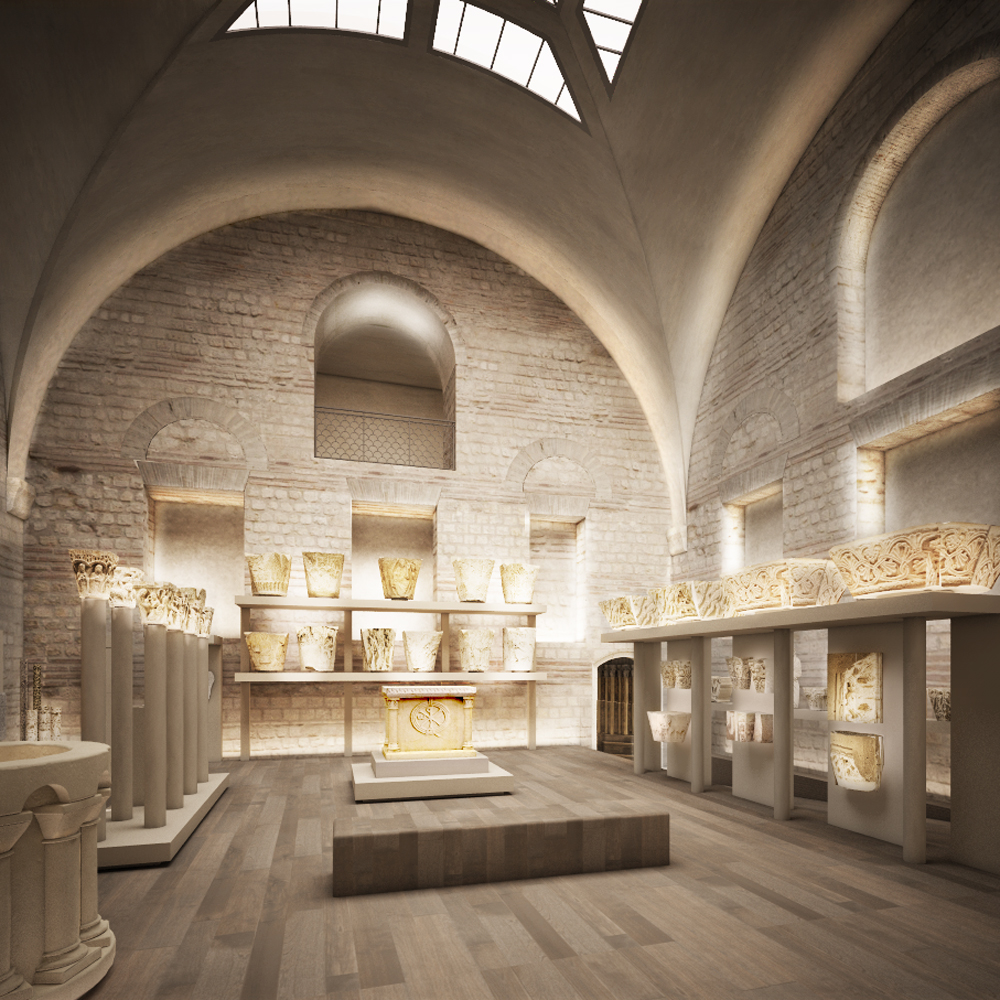 The Museum of Medieval Art of Cluny in Paris is housed in the magnificent Hotel de Cluny, a gothic residence of the fifteenth century, considered as the best preserved medieval civil architecture present in Paris.
In 2016 an international competition was announced for the museographic design of the Museum, as part of the more general project launched a few years earlier.
Our project focused mainly on the relationship between the artworks on display and the building that contains them, which had to be highlighted by preserving the legibility of the historic spaces and emphasizing their value, also through respectful lighting.
Project ranked second.