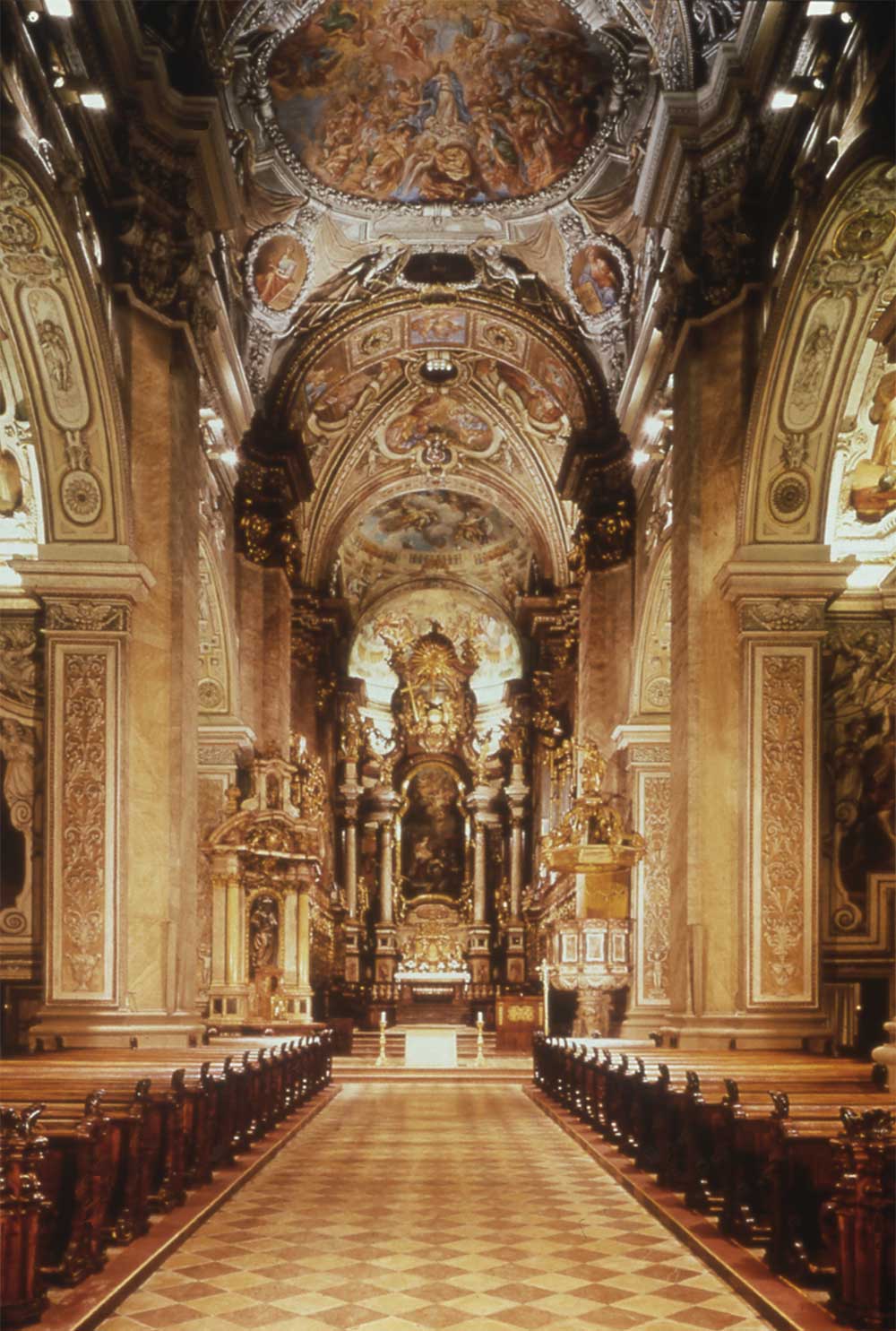 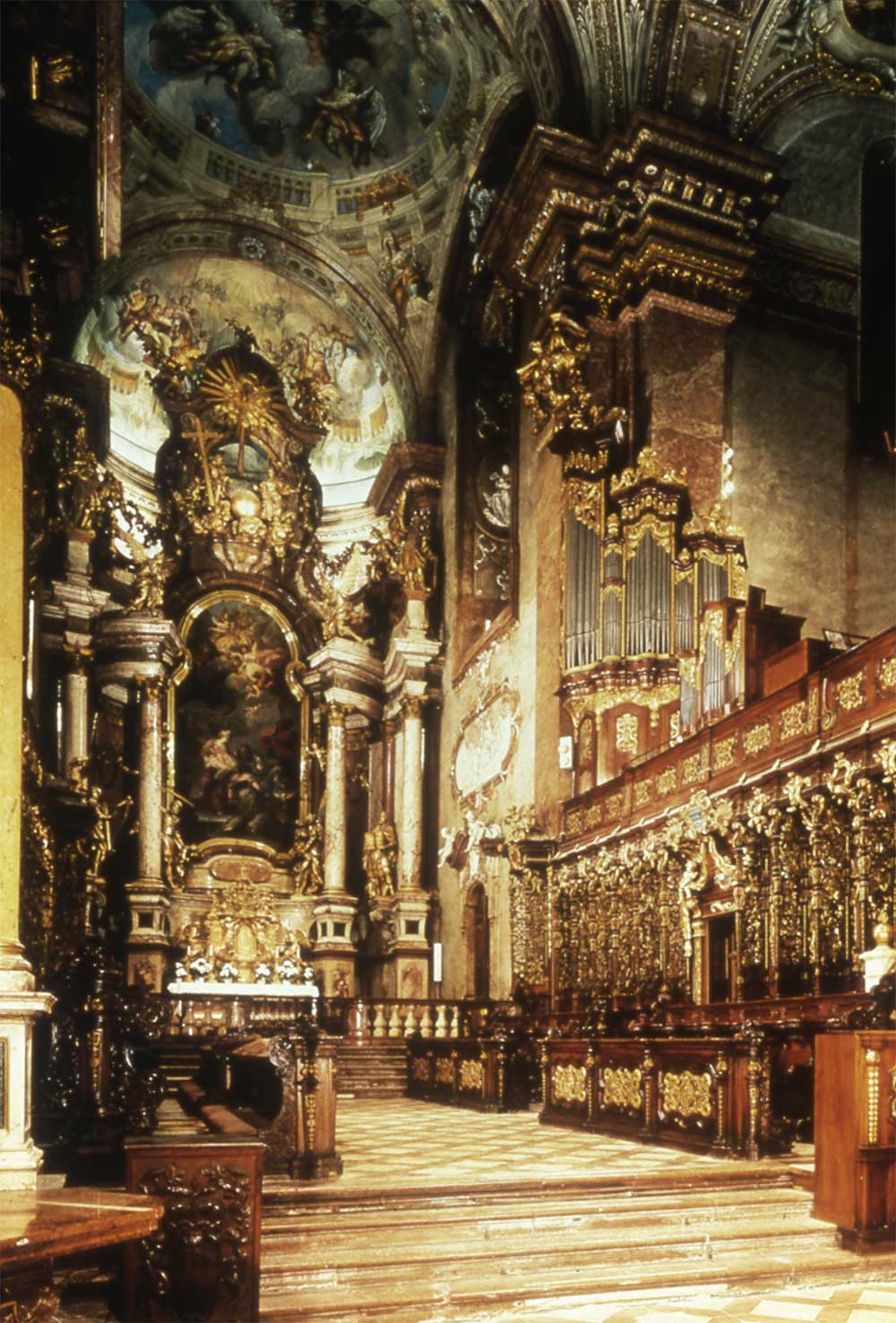 The ancient religious complex in Klosterneuburg, near Vienna, dominates the Danube with its grandeur. It dates back to the 12th century; it was partly rebuilt at the beginning of the 18th century and completed in the mid-19th century. The dominant feature of the architecture is therefore the stratification of styles. The baroque decoration is superimposed on the original Romanesque structure, which remains perfectly legible, creating an extremely interesting architectural complex.
The lighting intervention has been marked by maximum sobriety, to compensate for the richness and sumptuousness of the baroque decorations. In the central nave, a differentiated level has been adopted, with a marked contrast between the central walkway and the side areas occupied by the benches. The interior windows overlooking the central nave from the attic of the side aisles have been used.
For the illumination of the altar and the pulpit, spotlights were used in the front and in the wide existing opening in the nave vault, accessible from the attic for maintenance.