Exhibition “Giotto and his time”, Florence 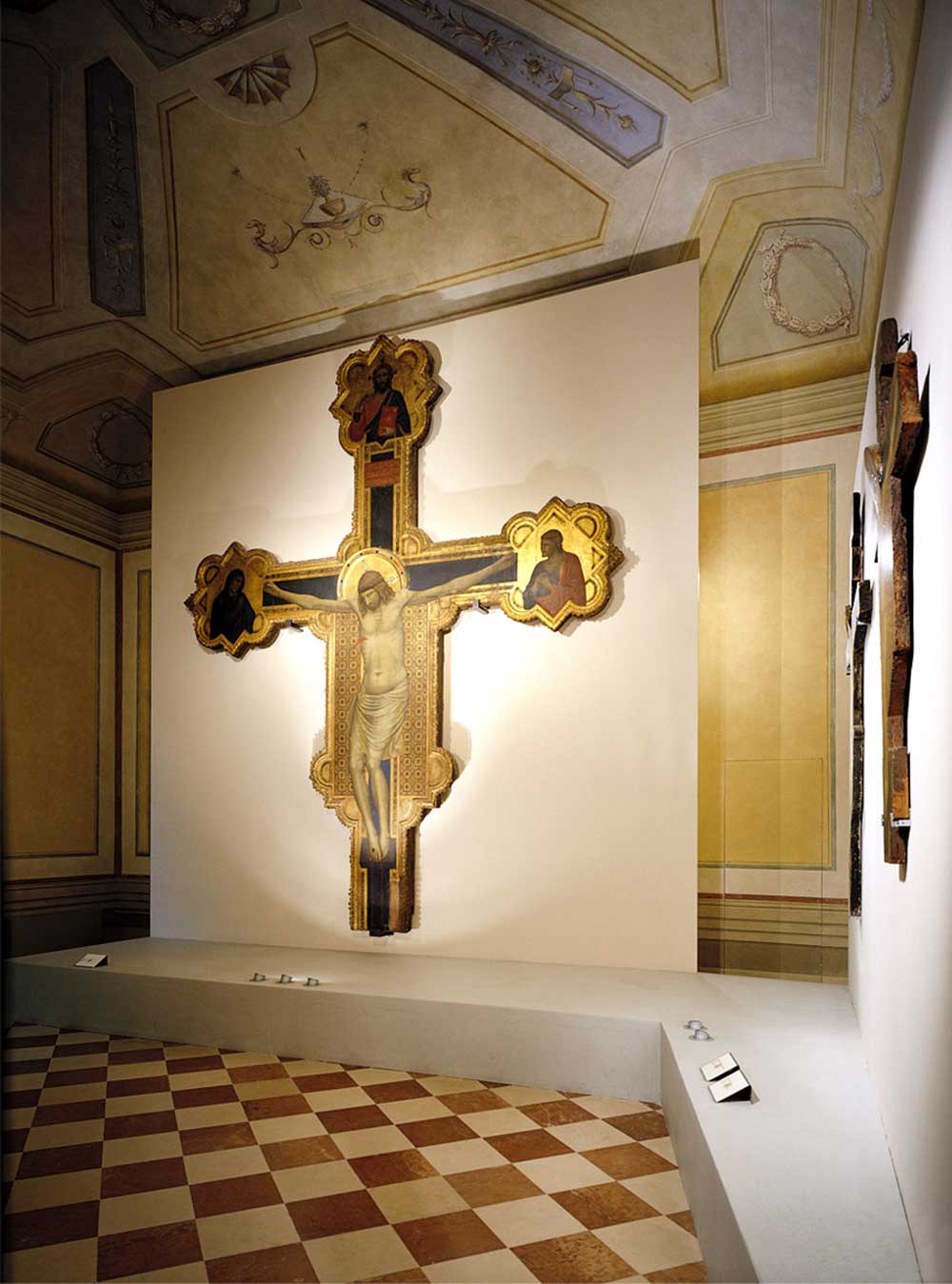 The exhibition “Giotto e il suo tempo” (Giotto and his time), staged in 2001 at the Accademy’s Gallery in Florence, had the ambitious aim of summing up the last fifty years of Giotto’s studies, starting with the legendary exhibition in Florence in 1937 where more than two hundred works of Giotto’s art were collected. Curated by Angelo Tartuferi, organized by the Soprintendenza per i Beni Artistici e Storici di Firenze together with the Accademia and in collaboration with Firenze Musei, the exhibition received a contribution from a high-level scientific committee.
The design of the exhibition was supervised by the architects Guicciardini & Magni. The narrow layout of the rooms in which the exhibition was held, originally used as storage areas, forced the designers to adopt an approach based on moderation rather than grandiose scenography.