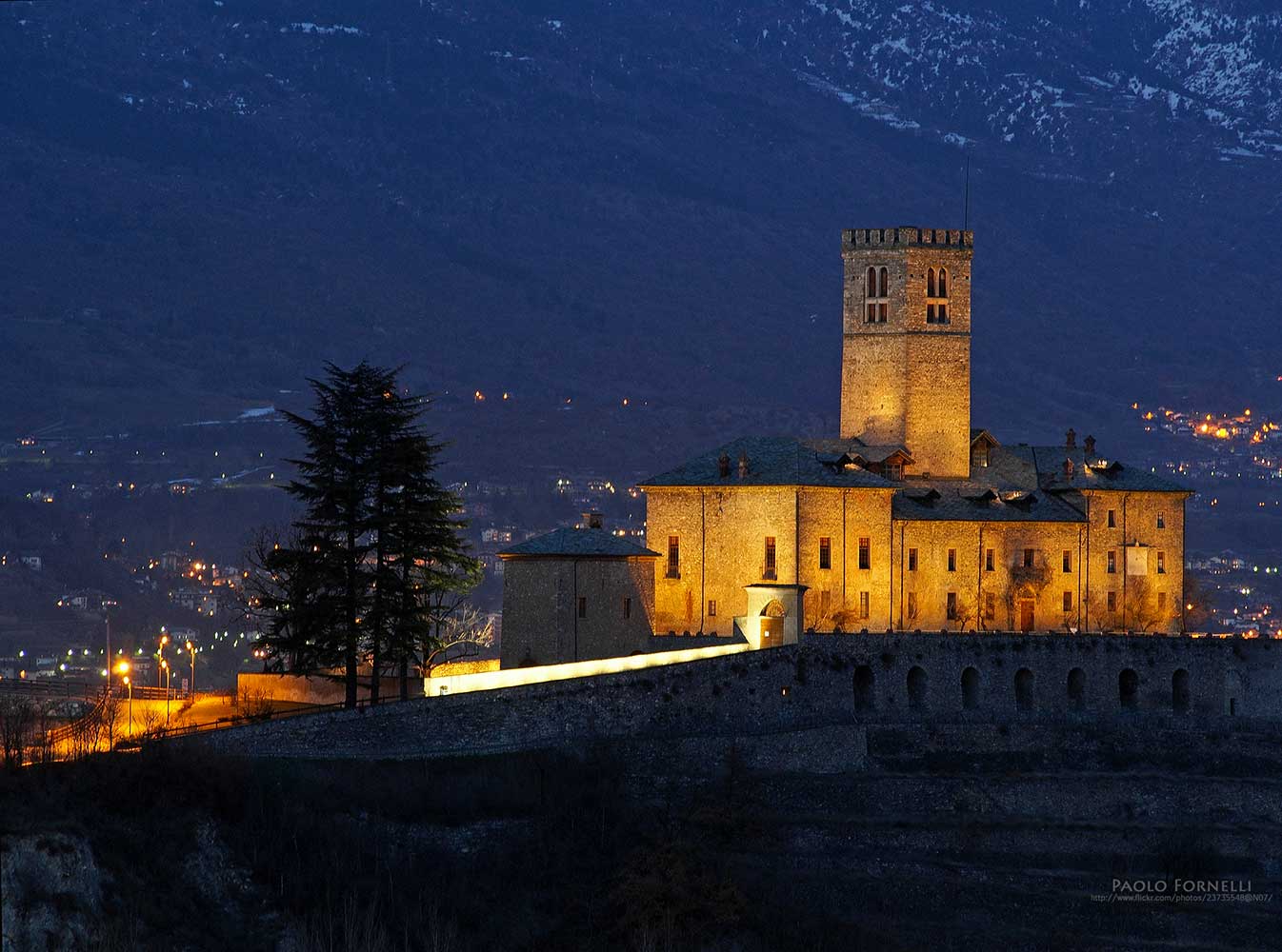 The Castle of Sarre dominates the Aosta plain, a few kilometres from the capital. Built in the 18th century on the ruins of a 13th century fortified house, it was purchased in 1869 by the King of Italy Vittorio Emanuele II, who used it as a hunting and holiday residence. Since 1972 it has housed a Museum of Savoy dynastic memories.
The lighting project wanted to highlight the identity of the Alpine residence, trying to convey the image of an inhabited environment rather than that of a monument. The intention was that the effect should be soft and uniform, and that it should be transmitted both to visitors on site and to those observing the castle from the valley floor.
Fluorescent lighting fixtures type T5 were adopted, placed in two rows, in a trench dug out perimetrically, close to the edge of the terrace surrounding the castle. The trench is protected by a grating which also acts as a anti-glare louvre, and is equipped with adequate drainage for the drainage of rainwater.
The two rows of luminaires are dimmed separately, so as to compensate for the difference in distance and achieve the best level of vertical uniformity on the facade.