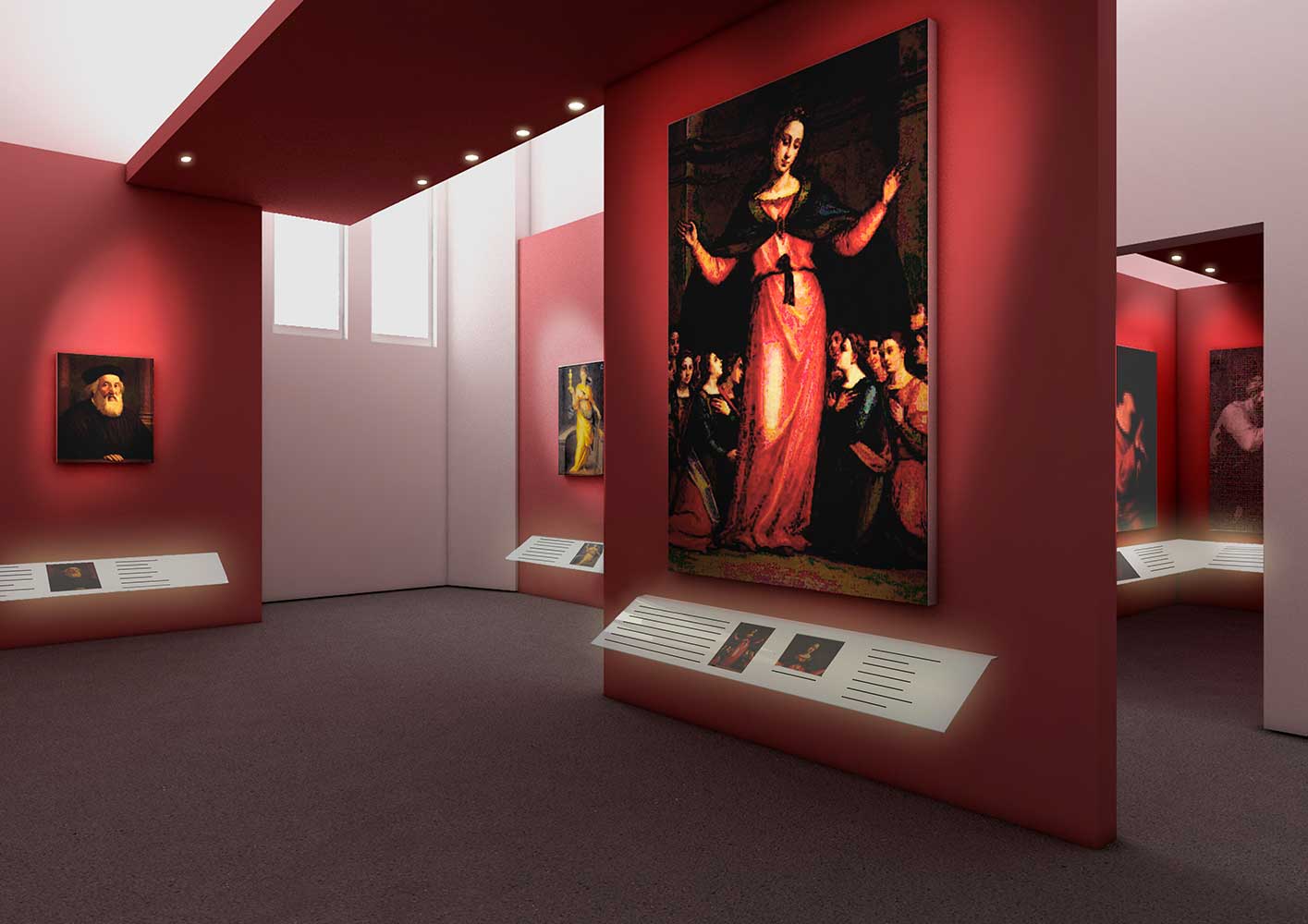 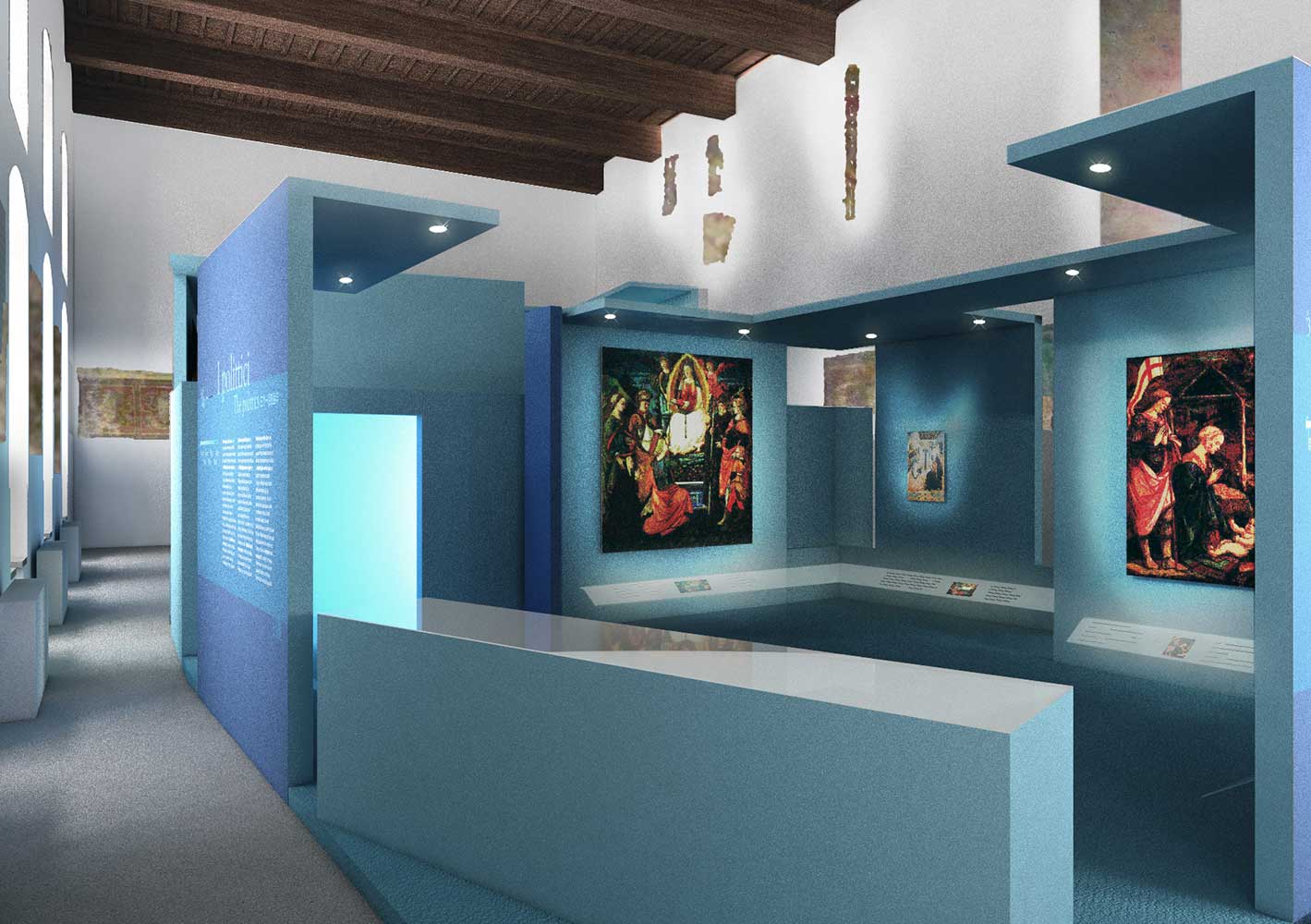 The Civic Museum of Prato is housed in the ancient Praetorian Palace, considered to be one of the most beautiful public buildings in central Italy and a symbol of the city’s history. In 2011, the municipality of Prato launched a design competition for the new layout of the Museum, following the completion of restoration work on the Palace.
The lighting design adapts to the exhibition requirements, allowing different levels of visit, based on the three reading scales on which the exhibition design is based: the reading of the contents (the Collection), the container (the Palazzo) and the context (the territory and the city). Particular attention has been paid to ensure that the spectacular views of the surrounding area can be enjoyed from the windows of the large halls on the second and third floors, without this interfering with the lighting and conservation of the works on display. The exhibition design is based on the creation of “micro-architectures”, for which the design and orientation have been studied so as to shield the direct exposure of sunlight to the works, at any time of day or season of the year.